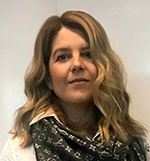 HEP Group is one of the biggest investors in Croatia, with investments of more than HRK 4 billion only in the last year. The same trend is planned in the forthcoming investment period 2021 – 2024 with additional HRK 16 billion. The majority of investments are related to projects within renewable development scenario, which are in line with the European Green Deal and energy transition of the Republic of Croatia towards a low-carbon society.

HEP Group’s Green Strategy has been implemented through hydro power plant revitalization, construction and takeover of solar power plants and wind farms, as well as through the constructions of highly efficient gas-fired combined heat and power plants and projects of energy efficiency and introduction of advanced technologies. The aim is to increase generation from renewable sources by 50 percent by 2030 and to maintain sustainable and flexible energy portfolio, which guarantees energy supply safety to all our customers.

As part of the Strategy, 64 MW of renewable sources were constructed and put into operation, whereas more than 50 projects of renewable sources with the total power exceeding 500 MW and investment value higher than HRK 4 billion are in different phases of development. One of the major projects in RES field is 58 MW Korlat Wind Farm, with the total investment value amounting to HRK 500 million. The plan is to commence the construction of Solar Power Plant Korlat with the connecting capacity of 75 MW and estimated investment value exceeding HRK 500 million, which will make the energy park (WF and SPP Korlat) the unique generation plant in Croatia and beyond.

The upgrade of Hydropower System Senj (HPS Kosinj and HPP Senj 2) is currently the biggest HEP’s project since Croatian independence and is also of special importance. It is planned to increase its capacity by 412 MW and planned investments total at HRK 3.4 billion.

Regarding projects of constructing generation facilities, one should also mention the construction of a highly efficient combined-cycle cogeneration unit in EL-TO Zagreb (150 MWe and 114 MWt) with the investment value of HRK 900 million and combined cogeneration facility in Osijek (80 MWe/75 MWt). Projects of increasing the efficiency of remote heating system will be implemented in both of the aforementioned cities. The projects are co-financed by grants from the European Regional Development Fund and their investment value is HRK 635 million.

HEP’s Green Strategy will help to fulfil Croatian obligations in the implementation of the European Union energy and climate objectives, while investments, along with a significant share of Croatian component, present a powerful contribution to GDP rise. Therefore, we can rightly say that HEP is not only the carrier of energy transition and the biggest investor into green economy, but also the driver of Croatian economy.